Chat mapping .. how i wasted my time.

Chat with a geek studying in UK...

Its messy out there

I lost my cell phone.. Nokia E61i. He just passed away, with out saying a word. I tried to admit him my nearest service center... but the technicians said.. "If have any one to inform, may be its the right time." I was pretty sure that he wont wake up after he fell from my shirt pocket at a one floor height. Well i tried my best. He was a good friend of mine..for 2 years. I can still remember those days we spent sniffing down wifi spots in bangalore and cochin. He used to keep all my secrets, even my password of 3 bank accounts ATM card, a lot of contacts, all sweet sms that i dont want to delete, all those girls numbers in fake names, All nimbuzz chat friends, Twitter updates, cute little opera mini... Those amazing office tools with him helped me a lot to prepare presentations and notes. He also used to keep my favorite songs and ...

I miss u my friend. But those pictures u took will remain with me and our lappy, as a token of our friendship. oh i forgot I am using ur head phone now with our lappy now. Lappy and our bluetooth miss u so much. see u dude..

I year after graduation. I still dont have my certificate in my have. I am so glad about it. at least i can find an excuse for staying home. Now everything is messy.. i think i have lost my control on the time table that i used to follow. Its seems like this freedom is something what i wanted. No office.. only some freelance Project works and football and rain... sleeping till 10 o'clock, nothing to study, no home work, no hard feeling, no girl friends .. wow. this is nice.
I think i might have lost some of my friends in this blogger world, because i have been sooooooo lazy for these days for posting some stupid stuffs.
Posted by Shafi at 1:01 AM No comments:

Finally the England squad has been announced. Here it is.

Which means that Theo Walcott, Darren Bent, Adam Johnson, Scott Parker, Michael Dawson, Leighton Baines and Tom Huddlestone will not be on the plane to South Africa. 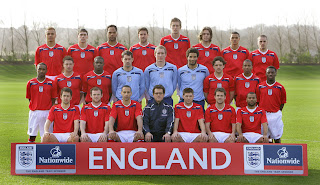 forget about those unselected...i'd like to see how England tackle their opponents from the very first start. I could not afford to see England fail again this time.. I hope England can make it, at least to the semi finals. I'm a loyal England fan ever since a kid, just because of Beckham. lets make it this time. Heskey this is your last chance please do whatever you can. Please dont screw up with these good players. Use them wisely. Rooney please mature no looking for trouble, save the energy for some blast kicks, not on the face of opponents. remember Beckam were shown the red card before .hard to believe sometimes, Walcott should learn from this. Any way he got plenty of time. Let the mature guys deal the deal. Lennon could be seen as the best with his speed.go Tigers go we support you from India. Rooney ... we wanna see what u r dong for ManU. Dont scrw this world cup. Good luck guys.
Posted by Shafi at 1:12 PM No comments: