Hi, this time i woulf ike to tell the story of my first Blood donation. I retunred to my home after finishing the second review of my project. I slept the whole day and woke up in the afternoon. And i started to visit my friends. They'll sitting near the bus stop to relax. We can every one from there. Its a hot spot ;) .
when i reached there i could see they r planning some decration work on one of friends house. I also joined them. We put a schedule and fixed duties. My job was to collect some decrative stuff from one shop. I have plenty of time since the function is day after the next day. while we were talking one of my friend asked whats my blood group. and he asked me can u donate blood !! Even though it was little scared i said i'll give it a try. And then i returned home late.
The next day we set to the hospital. And i knew the patient is one of my friends father. The nurses took the samples at first for testing. that didnt hurt at all. And i was happy that that needle wont hurt much. After 1 hour test result came and i signed the papers stuff, a kind of formality, guess, and take me to another room. It look like an Intensive Care Unit, and that was really scary. i was made lay on the bed. The doctor was a nice guy and he was talking a lot. That needle he took this time was much more larger. its diameter is larger than usual needle. He plugged it on my right hand like we plug the mobile charger pin in the mobile. and that hurst !!!
I waited for 15 mints and i can feel my arm dissy. We kept talking, and everything went fine. After that he removed the needle and put some cotton on wound and told me to fold the hand. and asked me to get up if i can. i didnt really feel any thing at that time, so i got up and walked few steps towards the door. Now i felt like drunk an 8000. Earth was slightly slanding to both sides. That was cool experiance. Nurses brought me some juice. and i sat there had it. That was too easy..... I was feeling much confident that i can do this again.I dont know howmuch they took but I was totaly OK. !
Posted by Shafi at 12:08 AM No comments:

hi guys , here i would like to share my painting.... I found a small picture on a greeting card, which was given by one of my friend. And I promised him to paint it. I dont know how is it. Please post some comments on it. 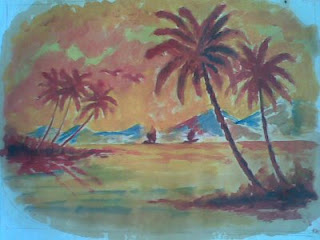 These are the pictures of mango tree in my courtyard. These are really sweet !!. 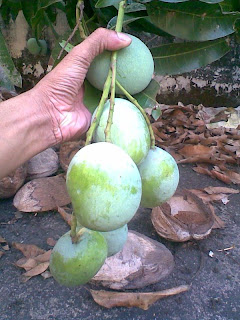 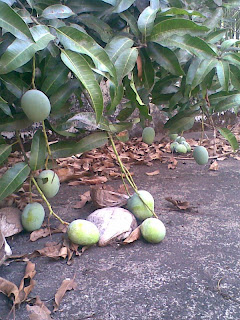 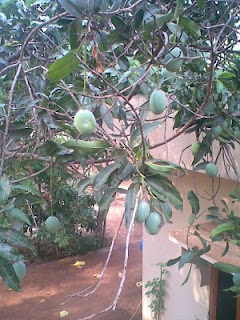 Email ThisBlogThis!Share to TwitterShare to FacebookShare to Pinterest
Labels: Indian Mango, Mango, Mango in a tree

Election in my Place

Imagine... these are the todays newspapers cuttings. fights on roads, Sleepless nights for Police, Feast for media !! this is really cool. Wanna here the funniest part , Election is tomorrow !! 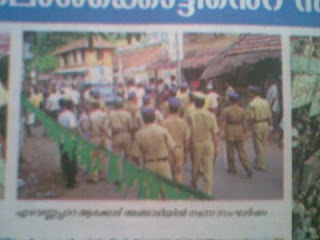 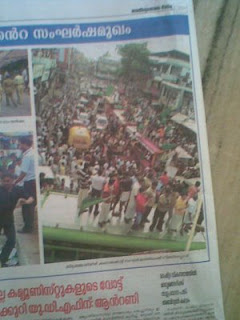 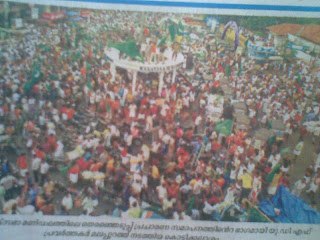 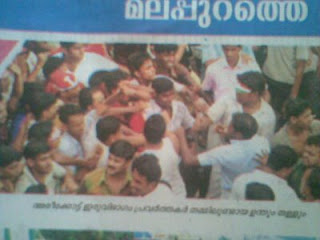 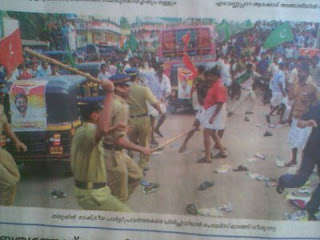 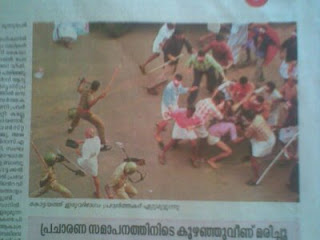 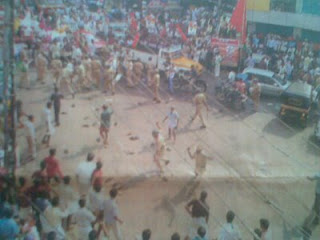 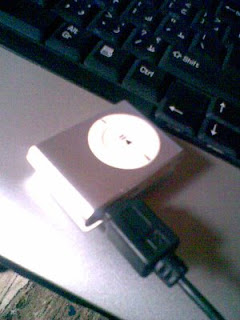 I found this ipod just look like Apple's, that may cst around 4000 indian bugs. U wanna know the funniest part, i got f0r 350 rs, after a half hour bargain..
Posted by Shafi at 5:17 PM No comments: